It's a big year for SPX with a rather impressive list of special guests: Daniel Clowes, Chris Ware (one of Seth's favorites), Gilbert and Jaime Hernandez, Adrian Tomine, and Francoise Mouly.

There's a big list of exhibitors this year (they sold out all of their table space!).  While I can't include everyone here I would like to highlight some of our favorite people, especially the North Carolina creators heading up this year.

Not only do all of these guys hail from North Carolina, but they all participated in the Alphabet drawing projects.
I cannot wait to explore all the tables at SPX and fill my bag with mini comics wonders.  Be sure to check back here the week following SPX to see for yourself everything we picked up!  Seth and I will be there to check out the best indie comics around, and will have plenty of info and postcards about the Heroes Pop Swap, Charlotte Mini Con and HeroesCon '13.  If you see us make sure to say hello. 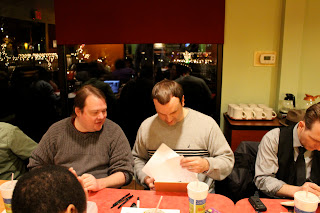 Whether an artist or a writer, you know your work as a creator has value, but you may not be aware of how to protect your work legally.  You may not know what steps to take when you discover someone using your work without permission.  If you draw sketches or publish sketchbooks with licensed properties, you may be wondering if you are exposed to legal action for something you drew with innocent intentions.

You can learn the answers to the above questions and more on August 23, 2012 at very first Country Law Shack Intellectual Property Law: Sketch and Learn during Sketch Charlotte's regular Thursday night meeting.  Paula Yost, United States Patent and Trademark Attorney, will be giving a free presentation on how to protect yourself, your art, and your talent. You will learn information you would normally have to pay for in a legal consultation and be able to ask questions in an open forum.  In addition, the Country Law Shack will be offering group discount rates for all IP work for qualified group members.

If you are unable to attend this presentation and would like to have one for your own creators' group, please contact our office to set this up.  We will travel within reason to meet with your group.

Sketch Charlotte meets on Thursday nights in various locations in Charlotte, North Carolina.  The August 23 meeting will take place at Showmars located at 2004 East 7th Street, Charlotte, NC 28204 across the street from Heroes Aren't Hard to Find.  The meeting will start at 6:30pm and end at approximately 9:00 pm.  Both Paula and Heather will be available for questions following the presentation.
Posted by Heather at 12:33 PM No comments:

Other Places to Find Us